Before I start explaining the format of application u/s 265-k it is very important to understand what this 265 k is? In Pakistan Code of criminal procedure 1898 is applicable on all criminal courts. Section 265k is the provision of that code

Section 265-k is the power given to the court to acquit accused at any stage. Courts cannot use this power blindly rather they are under restrictions.

Most of you might have heard in news that court acquitted a man in a drug smuggling case  under section 265-k. Then you will start wonder what is that provision?

“Nothing in this Chapter (XXII-A) shall be deemed to prevent a Court from acquitting an accused at any stage of the case. If, after hearing the prosecutor and the accused and for reasons to be recorded, it considers that there is no probability of the accused being convicted of any offense”
There is one conditions laid down in this provision. In order to get acquittal of accused in application u/s 265-k this conditions must be fulfilled, which is;

The applicability of application u/s 265-k is very wide.

In following instances the application to get acquittal can be filled;

Another important point in this section is this.

The application u/s 265-k can be filled at any stage of the Proceeding.

It does not matter if;

It is also observed that when the accused is on physical remand or judicial remand. The counsel of accused presents application under 265k while raising grounds that.

The probable grounds raised are;

Section 265k comes into play when the trial of the accused in a criminal case is held in session court or high court. In simple terms, application u/s 265k is competent only when the case is tired by session or high court.

If the offense committed is in the cognizance of  magistrate then application under section 249-A is filled.

Here i have provided the best format of application u/s 265-k. It will surely help you in your case.

IN THE COURT OF MR.ABC, LEARNED DISTRICT & SESSION JUDGE. RAWALPINDI

APPLICATION U/S 265-K OF CR.P.C FOR ACQUITTAL OF ACCUSED IN ABOVE MENTIONED CASE.

In the circumstances, it is therefore, most humbly prayed that the application u/s 265-k may graciously accepted. And accused/Petitioner be acquitted from the charge u/s 265-K Cr.P.C, in the best interest of justice.

That as per information received from the Petitioner. This is the first petition on the subject ever moved before this honorable court on behalf of the petitioner. No other petition of like nature is pending adjudication before any other court of law.

Format of Application U/S 265-K of Cr.PC on the Basis of Prosecution Failure to Produce Evidence

Here is another sample draft of 265-K application is provided here. If prosecution fails to produce witnesses for a long time then accuse can move this application for acquittal. You can also use this draft after making necessary changes.

In the matter of:

In view of above, it is most humbly prayed that by considering the application u/s 265-K in hand and taking into account the fact that the charge against the accused/ petitioner is groundless and there is no probability of conviction of the petitioner, hence the petitioner may kindly be acquitted from the case in hand, in the interest of justice.

Any other relief which this Honorable Court deems just and proper be awarded.

Certified that as per information furnished by accused/ petitioner this is first application on the subject ever moved before this Honorable Court.

What Do You Understand By Bailable and Non-Bailable Offenses

Format of Application For summoning and Further Re-Examination of Witness 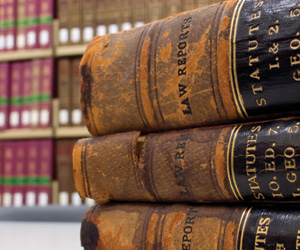