The last place anyone wants to find themselves is in a jail. And if you’re unlucky enough arrive in one your first concern is getting out as quickly as possible. But how? First you will need to be “booked,” or processed into police custody. Then you may have to post “bail” a set amount of money (bail bond) you pay in exchange for your release. This article provides an overview of general booking and bail procedures.

What Does It Meant to Be Booked in Jail?

After an arrest, a criminal suspect is usually taken into police custody and “booked,” or “processed.” During booking, a police officer typically takes the;

For criminal suspects who are placed in jail, the first priority is usually getting out. Except when very serious crimes are charged, a suspect usually can obtain pre-trial release through bail or “own recognizance” release.

Below are some general points of the booking process of a criminal case.

What to Expect During Booking Once Arrested

The procedures collectively known as “booking” that follow a criminal arrest may vary from one jurisdiction to the next, but generally follow these steps:

Police official will compile the suspect’s name, contact information, the nature of the alleged crime, and other vital statistics. Much of this information will be taken from the police citation or account of the incident.

Pictures of Suspect Are Taken

Then suspect stands for a series of photos collectively referred to as the “mug shot” These photos often indicate the suspect’s height and include the date and other information tying it to the incident.

Confiscation of Clothing and Personal Property

After the mugshot, the suspect may be provided with a jail uniform and must relinquish his or her own clothing and personal belongings. These items are held until the suspect is released, unless any contraband is found.

Then an officer will take an impression of the suspect’s fingerprints, usually all 10 fingers from side to side. If the crime in question has fingerprint evidence, these will be compared to those of the suspect in order to either find a match or eliminate the suspect. The fingerprints are then kept in a database indefinitely. The suspect may also be asked to submit a saliva, hair, or other DNA sample.

This is not a simple search, but requires the removal of all clothing. The purpose for the strip search is to make sure there are no weapons or other contraband brought into the holding cell. Police conduct full-body search even if the crime in question is relatively minor and doesn’t involve violence or drugs.

Police conduct a search through the database for any outstanding warrants the suspect may have. Sometimes police are able to solve other crimes by chance if they pick someone up for an unrelated crime and find a match.

Personnel will conduct a general health screening to make sure the suspect is neither in need of immediate care nor a threat to the officers or other suspects being held. This could include blood tests and even X-rays.

Locked Up in A Cell

Finally, the suspect will be placed in a holding cell or other secure facility to await trial or the posting of bail. Prior to placement, the suspect may be asked about gang affiliations or any other factors that may present problems in a confined space.

Can A Suspect Be Released On “Own Recognizance”?

When a criminal suspect is arrested, booked and granted release on their “own recognizance,” or “O.R.” no bail money is paid to the court and no bond is posted. The suspect is merely released after promising, in writing, to appear in court for all upcoming proceedings.

Factors and Conditions Determining the Release on O.R.

Most state criminal courts impose certain conditions on O.R. release, prohibiting the suspect from leaving the area while charges remain outstanding, or requiring that the suspect contact the court periodically until their case is resolved.

When deciding whether to grant O.R. release to a suspect, a criminal court judge considers:

If a suspect who has been released on their own recognizance fails to appear in criminal court as scheduled, they are subject to immediate arrest, and any chance for having reasonable bail set is all but eliminated.

What Are the Additional Conditions of O.R. Release

Most courts impose additional conditions on subjects in exchange for O.R. release when there is a nexus between the condition and the crime charged. For example, driving under the influence offenders are often required to immediately surrender their vehicle and begin attending alcohol treatment classes in exchange for their release. Many states have strict domestic violence laws requiring suspected batterers to immediately enroll in domestic violence education classes. These same suspects are often required to stay a certain number of feet or yards from the alleged-victim in the form of a temporary restraining order, or “T.R.O.,” until the case is resolved.

Other conditions required suspect to immediately attend anger management classes, surrender their passport, or even agree not to associate with known gang members or convicted felons.

What is Bail and Points to Remember at Bail Hearing 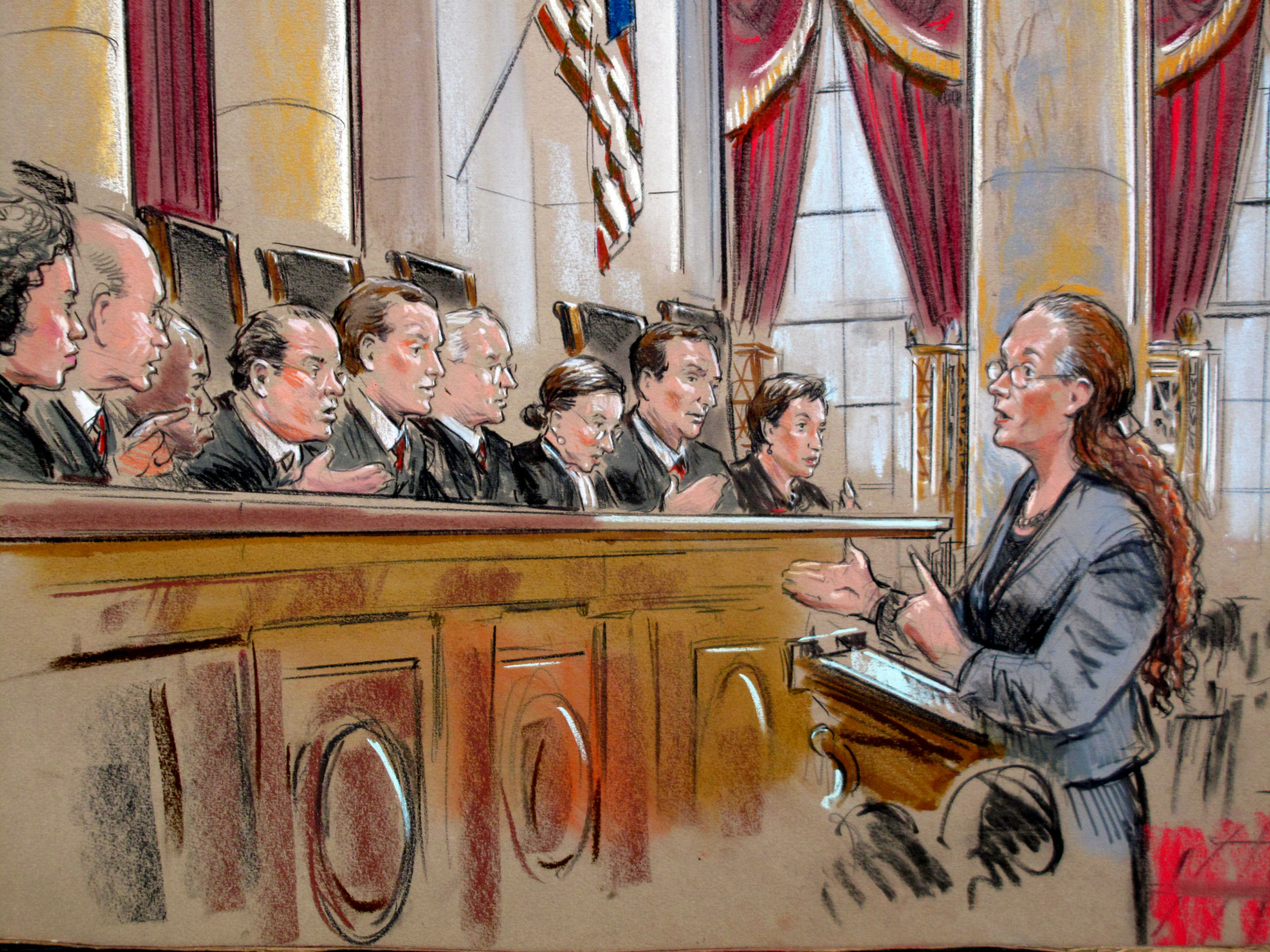 Along with the monetary bail determination, the court could also impose restrictions on your release like; limiting your travel, enforcing a curfew, revoking gun ownership privileges, or requiring drug, alcohol, medical, or psychological testing or treatment.

Bail Proceeding and Its Background

Bail is typically determined during a defendant’s first appearance in court. A judge or other court officer sets the amount and conditions of bail. At a bail hearing, a judge has three options:

Is There a Bail in Civil Cases as Well?

Generally, bail typically refers to criminal proceedings. However, in rare instances bail may be imposed in civil cases. Civil bail is used to directly or indirectly secure payment of a debt or to secure a performance of a civil duty. For example, bail may be employed in a civil case to arrest someone to prevent them from fleeing to avoid litigation, or it may be used to prevent an unlawful concealment or disposal of assets. The amount of bail set will be based on the probable amount of damages the plaintiff could collect. Sometimes the deposit may be used to pay the judgment to a plaintiff.

Bail law came to the U.S. through English tradition and laws. Even before the adoption of the U.S. Constitution and Bill of Rights, a judiciary act in 1789 guaranteed a right to bail in all non-capital cases. For a person charged with a capital offense, bail was discretionary, depending upon the seriousness of the offense. The Eighth Amendment to the U.S. Constitution provides, “excessive bail shall not be required.” The U.S. Supreme Court has ruled that the Constitution permits holding a defendant without bail pending a criminal trial. No absolute right to bail exists.

When Bail Should Be Granted?

Bail is not meant to act as pre-trial punishment or as a fine. Modern bail laws reflect an intentional emphasis on non-monetary methods to ensure a defendant’s appearance at trial. This is meant to avoid discrimination against poor defendants.

Bail may or may not be required depending upon the circumstances and seriousness of the offense. More serious misdemeanor cases and felonies often require a bail determination. Bail may come into play at three stages of a criminal proceeding:

What Happens When Suspect Fails to Abide by The Terms?

Before release, a defendant must sign a document promising to appear. Failure to abide by the terms of release on personal recognizance may result in revocation of the privilege, or further criminal charges, including immediate arrest. A defendant released on personal recognizance may be required to abide by certain rules. For example, the defendant may be forbidden from traveling outside of the court’s jurisdiction, or may be forbidden from contacting the victim or the victim’s family.

A court may also impose an unsecured appearance bond on a criminal defendant. A bond amount is set, but the defendant is not required to post any money. If the defendant fails to appear at subsequent proceedings, or violates any terms of the bond, he or she will be required to pay the full amount of the bond.

Generally, you can pay bail amount in cash or an approved cash substitute, such as a money order or cashier’s check. If you can’t afford to post your own bail, you can contract a commercial bail bond agent or bail bondsman to pay and ensure bond.

A bond agent will charge a nonrefundable fee, usually 10 to 20 percent of the total bail. In return, the bail bond agent agrees to pay the remaining amount to the court if you fail to appear for your court proceedings.

Who are Bail Bond Agent?

Many defendants lack the financial means to post their own bail. To secure release, they may contract a commercial bond agent to act as surety for the bond. The agent posts bail after collecting a nonrefundable fee (typically 10 to 20 percent) from the defendant or family or friends. Assuming the defendant does not have money to give the agent as security, an agent will obtain other collateral, such as jewelry, securities, or electronics. In return, the bail bond agent agrees to pay the remaining amount to the court if the defendant fails to appear.

How Bail Agent Gets License

There are approximately 14,000 bond agents in the U.S. Most states require a licensed bond agent. However, the license typically is not specifically for bonding purpose, but for property and casualty insurance. To obtain the license, the applicant must meet certain educational requirements. This allows a potential bail bondsman to be appointed by an insurance company to write bail bonds.

How Do Bail Bond Agents Ensure Defendant’s Appearance in Court?

Illinois, Kentucky, Oregon and Wisconsin have outlawed the practice of posting bond for profit. In those jurisdictions, a defendant is allowed to satisfy the requirements of the bond by posting 10 percent of the bail amount with the court. Some other jurisdictions, such as Maine and Nebraska, allow commercial bail on a limited basis.

For More Questions About Bail and Bonds? Contact a Lawyer

If you get yourself in jail. It can be very scary experience. Posting bail, or released on your own recognizance, finding a bail bonds agent — the sheer amount of issues you will have to deal with can be overwhelming. If you’ve been arrested, you should contact an experienced criminal defense attorney in your area to discuss your specific situation 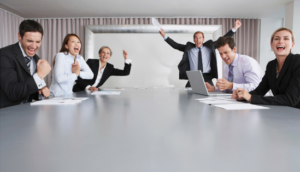 Explaining the Bail Bondsman and the Process of Bail Bonds

What Do You Understand By Bailable and Non-Bailable Offenses

Format Of Application U/S 265-K Cr.PC On The Basis Of Compromise