limitation of revision is 90 days for filing civil revision petition. And the court fee is Rs.15 when revision is filed against interlocutory order in other cases Rs.25000 is court fee.

CIVIL REVISION PETITION U/S 115 OF CPC AGAINST THE JUDGMENT DATED 00.00.0000& 00.00.0000 RESPECTIVELY PASSED BY THE RESPONDENTS NO.2&3, WHEREAS BOTH THE COURTS BELOW DISMISSED THE SUIT &APPEAL FILED BY THE PETITIONER.

To set aside the judgment dated _____&_____ respectively, and decree the suit of the petitioner as prayed for, in the interest of justice.

a. Whether the plaintiff is entitled to get declaration to the effect that the disputed wall in between the house No. 1234 and 5678is absolute and exclusive ownership of the plaintiff in view of the agreement No 000 Dated 00.00.0000 duly executed by the parties? OPP

b. If issue No. 1 is proved affirmative, whether the plaintiff is entitled to the decree for permanent and mandatory injunction? OPP

c. Whether the plaintiff has no cause of action or locus standi to file the instant suit? OPD

d. Whether the plaintiff has not come to the court with clean hands? OPD

e. Whether the plaintiff is es-topped by his words and conduct to file the instant suit, hence the suit is liable to be dismissed? OPD

g. Whether the suit is barred by law due to mis-joinder and non-joinder of necessary parties and is liable to be dismissed? OPD

h. Whether the suit is hopelessly time barred? OPD

3. That thereafter, the petitioner produced his oral followed by his documentary evidence, in oral evidence the petitioner appeared as PW-1 and reiterated the contents of plaint, Agha Khan as PW-2 and Muhammad Fasih as PW-3. The petitioner in documentary evidence, also produced an agreement No.000 dated 00.00.0000 as Ex-P1, Registered sale deed No.0000 dated 00.00.0000 as Ex-P2, agreement of sale in favor of petitioner Ex-P3, warasat nama as Ex-P4, bank statement as Ex-P5 and copy of deposit slip as Mark-A.

4. That on the other hand, respondent No.1 appeared in witness box as DW-1 and got recorded his statement on oath. In Documentary evidence, the respondent produced sale deed No.0000 dated 00.00.0000  as mark DA, copy of affidavit of Rasheed dated 00.00.0000 as mark DB, copy of affidavit of Muhammad Fasih as mark DC, Passport size photograph of Muhammad Fasih as Ex-D1, copy of Record og HBFC as mark DD/1 to DD/3 and concluded his evidence. Ch. Fazal stamp vendor appeared as CW-1.

5. That after conclusion of evidence an other procedural requirement, ultimately the learned trail court pleased to dismissed the suit of the petitioner, vide judgment dated 00.00.

7. That the petitioner feeling aggrieved from the both the impugned judgement dated 00.00.0000 & 00.00.0000 respectively, filing instant civil revision petition before this Honorable Court, inter-Alia on the following:

a.  That both the courts below passed patently illegal judgment without considering the relevant law and material existing on the file.

b. That the impugned judgment passed by the learned courts below are result of misreading and non-reading produced by petitioner.

c. That the petitioner established his case through concrete documentary evidence, however the same was not considered by the both the courts below.

e. That the signatures upon the agreement was admitted by the respondent No.1 and hence things admitted need not to be proved, but this factum was also ignored by the learned courts below.

f. That the merits shall always prevail upon technicalities. The petitioner produced sufficient evidence in support of his contention, however if requires the withdrawn witness shall also be produced.

g. That the judgments are based upon surmises and conjectures, hence liable to be set aside.

i. That the learned courts below have misinterpreted the evidence produced by the parties.

j. That the impugned judgment of the learned courts below are result of misreading and non-reading, hence not sustainable in the eyes of law.

k. That the impugned judgment are liable to be set-aside on legal as well as factual objections.

l. That the learned court below failed to exercise the jurisdiction vested with them.

In view of the above, it is, most magnanimously prayed that the instant civil revision petition may kindly be accepted and the impugned judgment dated 00.00.0000 & 00.00.0000 passed by the learned additional district judge and learned civil judge, respectively be set aside, and decree the suit of the petitioner as prayed for, in the interest of justice.

Any other relief, which this honorable court deem fit and proper may also be granted to the petitioner. 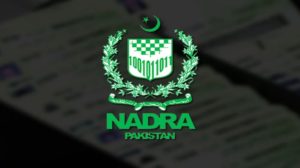 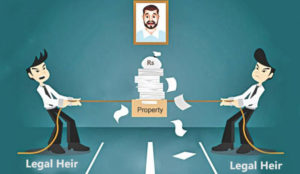 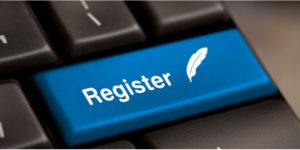 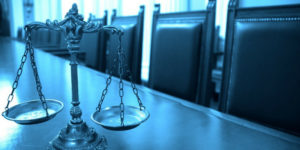